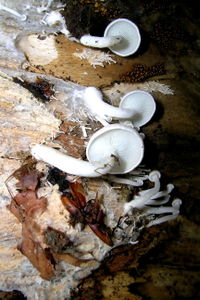 The non-profit foundation ‘Research in mycological taxonomy and ecology’ (Studienstiftung mykologische Systematik und Ökologie) was founded in 1995 by Walter Gams with the aim of supporting scientific work mainly by young biologists.

The foundation is tax-exempt and donations are tax-deductible. Donation supporting young talents are most welcome (iban DE98 4306 0967 8201 0404 00). The Foundation has its seat
c/o Schweisfurth-Stiftung, Rupprechtstraße 25, 80636 München, email: post@schweisfurth-stiftung.de